My blogging activity is shifting to my other, new website, http://www.mybreastcancer.blog  aka Walk a Mile in My Bra. We’re looking at cancer from a very personal point-of-view. I hope you will join me there.

Writer/Editor, DATA ANALYST, PUBLICIST
Highlights and Successes
– Wrote 12+ non-fiction books — positive reviews — 36 million copies sold worldwide; available in several languages. Titles include: The New York Bartender’s Guide, The Big Little Book of Jewish Wit & Wisdom, and The Martini Book. The Farmers Market Guide and Cookbook  was recognized by Mothers and Others as one of the best food books for families.
– Developed and implemented nation-wide marketing plans for over 100 books, representing popular authors such as Maurice Sendak, Martha Stewart, Jean Auel, and Robert Fulghum.
– Designed, created and produced well-received documents for a variety of purposes, from reports and proposals to press kits and newsletters, email blasts and social media.
– Analyzed police reports 24/7 in the San Francisco Bay area to immediately synthesize and post short, informative alerts on commuter website. Wrote incident reports and created special site for posting. Mastered customized software applications and multiple social media sites with no training or ramp-up time.
– Provided attentive client service and sales at the retail level with positive feedback from both store managers and customers.
– Led and participated in fundraising campaigns to raise millions of dollars.

Not reading books has changed me. Once a championship speller, my speling is now terribole. My grammar has deteriorated. Sometimes I’ll mumble a word if I’m not sure about it, or recast a sentence in a different tense. That used to be one of my favorite things to do with words, only now, well, I’m not so sure my new sentence would be correct.

But grammar and spelling are mechanics. Not reading books has cut me off from Book people. I miss talking about books. I miss browsing in bookstores. Hanging out in libraries. Meeting the author. The world of books was always my home. I feel diminished. I feel cast out.

What I’ve learned from all of this is that reading has profound, positive effects on us. This isn’t news, of course, but it’s been a strangely reaffirming experience, seeing the truths about reading proven true firsthand. When you stop for a while, things start to fade away and the world seems a lot more ordinary, the mind, less sharp. Perhaps more than anything, I miss my escape.

Some of you have suggested I try Books on Tape. It’s a good idea. It feels a little too passive for me, but I’m giving it a try with Go Set A Watchman.

Next time I’ll talk about what I do read.

At 19th & Telegraph in Oakland 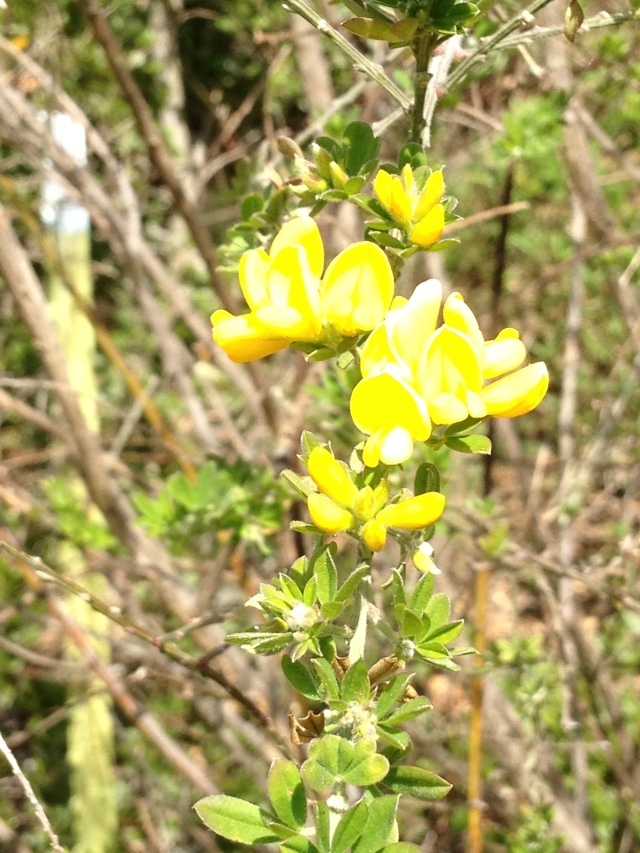 I love living in California. Today, I’m very thankful for its beauty, and for places like the Sawyer Camp Trail in San Mateo County.

Have a great weekend.

Are You Going to the Cemetery?